A few years ago Apartmentsapart thought a bit about how to save money and we decided it would be a good idea to build a device which would be connected to the internet and detect if people were home and connect it to the heating radiators with wireless radiator valves. In the design spec we planned it would be able to:

– Preheat the property before the customer arrived

– Detect movement inside the property and monitor temperature to decide whether heating / aircon should be turned down. Guests are notorious for not caring about utility bills.
– Turn off electrical hot water boilers when guests are out, or at least turn it of and on regularly to reduce the heating bill.

– Act as a burglar alarm

We actually got an electronic engineering student to design and build it and we had a working prototype, but the 2008 crisis came, the student got another job and that was that. Now just recently Google paid $4 billion for Nest, a company which is building similar equipment. You win some, you lose some.

It certainly looks like technology has moved on and devices are being built which can easily communicate remotely via internet. It got me thinking that Rentals United could plug into these devices and act as an intelligent master control to allow users to do many of the things we planned in the past without actually having to build the hardware. Let’s have a look at what’s out there now.

This little device learns when you adjust it so it eventually has a good idea of when you are home and what temperature you like. It’s not much use for vacation rentals as every customer has different habits and tastes but it does have a mobile phone remote control function so it could be used by property owners to shut the heating down when a guest is due to leave. It’s pretty pricey at 250$ and it only replaces your existing thermostat and controls the boiler so it won’t work for homes that function without one such as properties once heated by municipal hot water. It’s still not as good as the idea we came up with initially as it doesn’t know when you are home and has to make a best guess based on your behaviour. However Rentals United could use it in conjunction with movement and door sensors so you can turn it off remotely…

This device sends emails and even can notify a server when it wants to tell you something. An owner theoretically could turn down the heat on his Nest thermostat when guests were out manually, but if this were connected to Rentals United we could do it for you automatically (if you so chose). Note that it also has a door sensor so if we know the door has been opened and shut and motion inside the property has stopped it’s a good bet the heating should be turned down. If someone is still inside they can still turn it back up if it gets chilly.

Using the door sensor/motion sensor we can also make a good bet when the customer has checked out on his departure date to allow property managers to start cleaning for the next guest.

Whilst we don’t want to listen in on what’s happening at our properties we might want to know the sound level to detect if our guests are being antisocial to the neighbours. There are plenty of webcams with audio which could be used to monitor noise level without actually listening in to the sounds itself. If the noise reached party-level you could receive an alert from Rentals United. Of course you would need to cover the camera or preferably disable it altogether.

It’s quite feasible to do this. We could put together a package of sensors that would be compatible with the website and make a nice control panel for property managers to set their preferences and check statuses. We certainly would not need to spend $4 billion to do it either! Let us know if you like the idea. 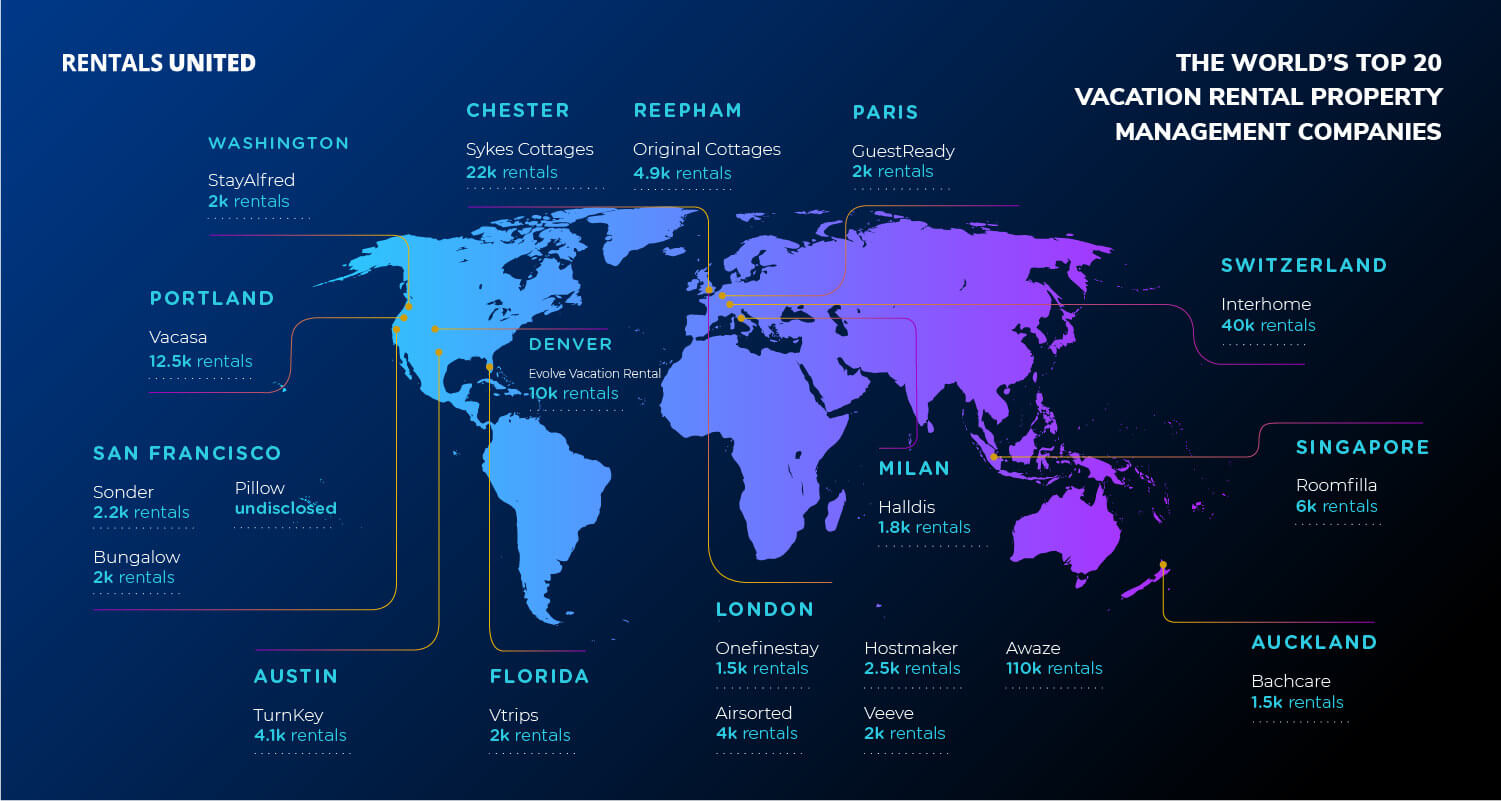 Do you want to learn more about channel distribution?

Speak to one of our experts

Sports Tourism and Vacation Rentals: How to Attract Sports Enthusiasts

Looking Back: Our Most Popular Blog Posts of 2019

How to Run a Vacation Rental Franchise Programme